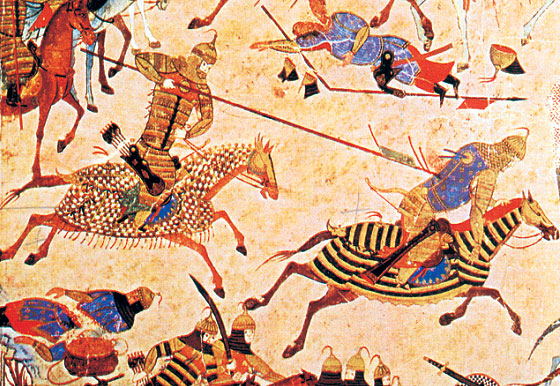 Expect the unexpected. Prepare for collateral damage. Prioritize outcome over ideals. Fear the costs of war and so avoid it whenever possible, but when it is not avoidable prosecute it with the utter ruthlessness of one who knows victory wipes away all prior qualms. These are lessons that seem obvious to anyone with at least a passing engagement in military history. What is increasingly obvious to me, however, is that these are still things found baffling by most of the populations of nations in North America and Western Europe. By failing to take into account of the most important aspects of history, large segments of the populations who can afford such ignorance are often baffled by sudden and shocking current events. When they are told of a plan that fits with their preconceived ideological notions they assume this plan will work. When told of one they disagree with they assume it will never work. People who know the fragility of military plans in history might not be so easily taken in.

So why, if understanding military history has such obvious contemporary value, is it one of the more lost and relegated arts under the humanities umbrella? Why are we now living in a world where vast swathes of the population who fancy themselves ‘informed’ largely get blindsided by events, clutch their pearls, and scream what the year currently is in response?

Well, it’s the same reason when I was an undergrad so many people I was sharing a History major with did topics like ‘Peasant Festivals and Identity.’ It is also, interestingly enough, from the same origin as the present plague of right wing identity politics. More on that last example later, but needless to say, it comes from the hyper-individualistic and romantically affirming hegemonic influence of postmodernism in academia. In the post-Vietnam era studying war became something akin to being a slack-jawed neanderthal, studying ways to ignore it in favor of supposedly lost approaches to human behavior that prioritize emotional response and ‘identity’ took its place. Because of that, I would argue, political science and critical thinking lost a valuable asset in the tools it had to analyze the world around us.

It may not surprise anyone who reads this blog that Victor Davis Hansen and I basically come from nearly opposite perspectives on everything political. He is a hard core neoconservative who often interprets history along a Fukuyama-Hegelianesque path of societies fighting ‘for freedom’ against those who fail to imbibe the Freedumb Fries and also persists in one of my biggest pet peeves, the assumption that there is something inherently special about the ‘western’ world that can be seen throughout history. He often presents us with stuff written for low-information suburban dads who also read Tom Clancy novels style of military history, despite his obvious talents as a nonfiction writer. But one of his books I did really like, ‘The Father of Us All’, in which he argues that military history is engaging, informative, and under siege. It is by far his strongest work and one I enjoyed despite the inevitability of quibbles given the author. He talks at length of the class divide in appreciating military history, with working class students trending much more strongly in favor of it in class to their more economically sheltered peers. It resonated with those who had struggled in life and realized the lack of individual choices in real life and who fate sweeps us along via events much bigger than ourselves. He wrote also about history professors who looked down their noses at people with a war specialty as if they were some kind of ghoulish cabal of necrophiles just flicking through the pages of the past for a rush.

Granted, that is how I got into it myself in a manner of speaking. When I first became interested in history it was to experience a whole new wonderful world of weaponry, armor, and battles that could not be found in the present day world. What can I say? I always liked action and horror movies. I wasn’t silly enough to think it was fun or glorious, far from it, it only confirmed my desire to never experience war directly. But interesting? You bet! I was also in my early teens, so this was in some sense the inevitable bridge to get me into nonfiction events. But even then it taught me valuable lessons like that things never go according to plan, a lot of strange borders make sense if you know the history behind them, geography and ecology are the ultimate determining factor in human affairs, and just how potent human hubris can be. None of these are lessons your average news junkie reblogger of today seems to have learned, but they are all lessons they need. As it was, I ended up diversifying my interests into cultural and diplomatic history just as much as military in adulthood, and my core interest in the militaries of present and past has not stopped me from being a constant agitator against unnecessary conflict, the neoconservative foreign policy status quo, and making a world better fit for a reduction in defense spending to focus on environmental and infrastructure issues as priority whenever possible.

Most tellingly, this kind of military history education could be used to allay some of the pearl clutching over the ongoing fall of Aleppo. Taking two seconds to think before commencing in pearl clutching would make people realize several things:

I could probably list more, but that does for now. I also like to remind fans of hashtag slacktivism that ‘never again’ was always a silly slogan. ‘We’ did nothing in Rwanda, a huge scandal to humanitarian warriors of the 90s and probably a big reason ‘we’ took such a hawkish line on Kosovo later. The problem is that in Rwanda, remarkable leadership, which began on the battlefield by local actors, caused the persecuted side to recapture the country, defeat their enemies, and set an an infinitely superior and more stable government in its place. In Kosovo, where intervention was touted as a success and a way forward (before the various calamities of the 21rst century would rightly tarnish its image) we have a mafia run pseudostate which gave to its Serb minority as bad as once was given by them, and which furnishes no insignificant amount of recruits to jihadist groups in the Middle East. So…the ‘we must do something’ mantra *must* be questioned given the uneven results it gives. Ironically, this is a position most likely to caution against military action-and one it seems only adhered to by those who have some knowledge of the military past. After all, the most effective intervention against a horror show regime in modern history was almost certainly Vietnam deposing the Khmer Rouge, but since it is not a liberal democracy initiating the action it gets ignored. It was also an operation launched with clear geostrategic objectives in mind on the part of Hanoi. Often times, to see a conflict you need to question the dominant narrative. That becomes easier to do when you study the long-forgotten conflicts of history, where one’s present temporal location makes them less partisan. You start to seek not who is right and wrong, but why some won and others lost. Those are lesson that apply to all times and all fights. They are lesson which are easy to overlook when one is only a partisan of the present. ‘(It’s the [current year]!!!!!’ comes from this lack of depth in perspective.

I also want to mention that other side to the hippy horror show descended from the postmodern hegemony: the neofacist right. The natural people who would attach themselves to identity politics were of course the perpetually (supposedly) victimized white identity types. It is often these types of people who fantasize about a world of strong virtuous men and their manly deeds. No homo. Often, you see these kinds of people latch on to superficial elements of military history in addition to their bad Roman Empire analogies. With these type of people now clearly in the cultural ascendant, we must not let the utility of military history be claimed by those incapable of using it intelligently. Plus, in most nearly equal fights far right governments overall tend to have pretty terrible military records. There is a difference between knowing how to draw an analogy from many periods of history of many different cultures and how context-centering that can be, and some goon who can cite multiple youtube videos and Cracked articles. Don’t cede this ground to such unworthies.

A new group of young people entering the worlds of civic service with a strong and global understanding of military history, coupled with other forms of history and political science, would be a fearsome and potentially wondrous thing to behold. In an age of complacent breakdown leading to a time of fear and retrenchment it is now, more than ever, that we must reclaim military history!

And on that note, a fair goodnight with a song to perturb the pacifist: