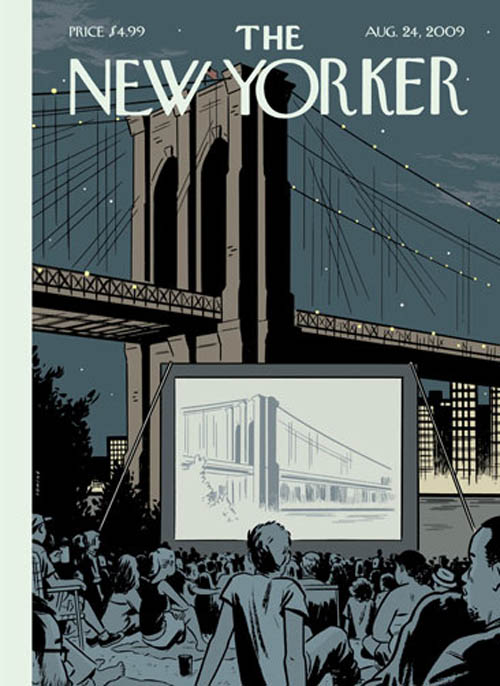 Living in the information age we are accustomed to increasing rates of urbanization all over the world, especially in the developed world. This is as much of a inevitability bending towards changing material circumstances as anything else. Hardly a conscious policy, today’s rates of a general increase in city-dwellers is simply a process which we react to rather than intentionally shape.

Cosmopolitanism certainly does exist, for what it is worth. Great cities mean more cultural co-mingling where one can meet others from different language, class, and ethnic backgrounds. Certainly this broadens horizons. Indeed, despite my love of nature and need to escape into it more than most people, I myself am more comfortable living in such settings than practically any other. But what needs to be confronted is this idea that simply living in such a place imbues one with innate knowledge about the world.

Anyone who has traveled in the backwoods, or even the more milquetoast of suburbs (most of them) knows the normal form of provincialism: suspicious of outsiders, addicted to routine, stultifying in its conservative nature, unable to comprehend a different cultural background. None of this is good by any means. But the question is if the big hip cities of the world really are much different? On the surface they overcome these initial hangups, but the core cultural effects remain the same. The desire to conform to a status of good bien-pensants is just as strong-if not stronger-due to the need to establish bonds of regional loyalty which are not lineage-based.

In the cosmopolitan identity a good citizen is at one with all potential people they may come across-unless of course said person is from a rural area or different political persuasion. Now, I am the last person who will ever criticize someone for not wanting to associate with people of certain either boring or outright horrifying political views, but I am honest about this up front. And the key word for me here is *boring*, a term which very much applies to the Enlightened Cosmopolitan.

Many of these people either grew up in the city of their residence or one like it, many more are suburban transplants from Milquetoastia flyover country. Both are as ignorant of wild or rural lands as a small town hick is of the city. The second type is far more militant and far more evangelical on the whole as they are trying to stake a place in their adopted community and overcome the embarrassment of their origin. Commonly we refer to these as ‘hipsters’, though now that they are growing up it might be more correct to come up with a new term for them. What this effect leads to is the assumption that pretty bland (usually center-left liberalism, sometimes libertarianism or social democracy) is radical and enlightened rather than just a stylistic expansion pack to mainstream developed world politics.

The problem of course is that any world view that becomes too insider loses its ability to confront challenges over time. And any group convinced of its own success and status is at the point of heading to its own downfall. If there is any lesson in history it must be this.

In larger cities this cosmopolitan monoculture fits the bill of something so self-assured it has stopped trying to have a future. It is pretty much just one giant blob of self-referencing echo chamber ignorance which over time makes all large cities in developed countries have pretty much the same socio-economic arrangement. But since living in such a place is the pinnacle ideal of the educated in society this merger is extra dangerous-for now there is nothing better to strive to at all. Michael Bloomberg is the best it is going to get. And of course, this view is inherently right, just look at the people who have it! They are just so fashionable!

It is of course an entirely faith based system. One only enabled by large quantities of cheap food, global transportation networks, and of course geopolitical security arrangements. And yet the common belief among its fundamentalist wing is that through the power of their Enlightened Awareness these city dwelling bourgeois have brought it about through their own effort of merely living there and thinking the right things. For a people who love to flatter themselves as critical and logical, it is a remarkably Calvinistic world view to have.

Fad diets, thinking ethical consumerism has an impact on the world, watching Bill Maher, going to restaurants with exposed brick walls and glass mason jars holding ingredients, thinking The New Yorker is funny or that Thomas Friedman or Maureen Dowd are insightful. It is kind of a Californification of the world-an admission that America or any other comparatively successful nation has no actual political or social choice left but a rather boring and superficial liberal-postmodernist hybridization with nothing but empty rhetoric to sustain it. And this attitude is a fundamentalist religion in many big cities, especially among the elite.

Now you would be perfectly right to ask, ‘very well and good, but what on Earth does this have to do with foreign policy and the general topics of this blog?’ Well, aside from the above mentioned naivete about where security and prosperity actually come from (and the implication that those privileged enough to be able to espouse pacifist politics are those who benefit the most from a strong military), I have to return to the central point of complacency.

As this quite conservative-if stylistically progressive-world view increases it’s grip on cities and urbanization continues at rapid speeds the city risks becoming as provincial as the small rural town. It’s more well-traveled citizens often largely just go from one cosmopolitan city to another rather than out in the country of either city or anywhere else. These cities are where, for obvious logistical reasons, the major institutions of learning, policy making, and observation are located. But all those institutions are made up of people.  People who are numerically likely to be slaves to fashionable thinking in any given moment. History shows us that the punchlines of tomorrow are often the era specific tropes of today. Embedding themselves within the sterile context of Cosmopolitan Provincialism it is easy to see why the options and strategies policy makers pursue seem so bland and basic: Either they are doing exactly what is expected of them by their immediate constituents, or they themselves have lost the ability to take an outsider’s perspective. Either way, the contemporary obsession with nation’s branding themselves over having long term strategy seems a direct result of the growing influence of this educated-yet-ignorant clientele.

The city could still be a force of self-challenging and creativity, but only if it got over itself as a political culture and re-learned to accept having many different overlapping but distinct intellectual cultures. We need to acknowledge is that we should value diversity of thought just as much as diversity of origin in order to really strike out against complacency-but one suspects that might be a step too far for a class of people whose entire sense of self-worth is tied to the validation they felt getting good grades in high school and following the right and proper Op-ed columns.

For a great parody of the Cosmopolitan Provincial check out Edgy White-Liberal.

Also have a song:

5 thoughts on “The Provincialism of Cosmopolitanism”