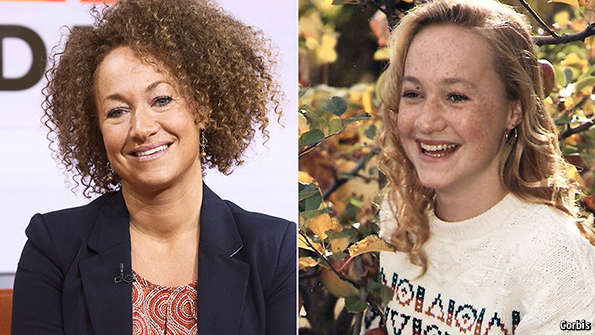 In the run up for 2012 a bizarre medley of hippies, conspiracy theorists, people who badly misread Mayan calendars and seemed to forget that their civilization collapsed before they could finish putting together future dates all came together to warn us of the end of the world…or at least of an era.

Well, the joke was on them. Or was it really? Maybe the joke is on us. Because now, at the end of the 2010’s its apparent that we have entered at least one new type of era-the era of mindlessly entitled and approval seeking behaviors. With the collapse of the world economy in 2008, neoliberal individualism could only maintain its existence and credibility through the hijacking of social issues and identity politics-and with the spread of social media’s popularity and up and coming generations of people who had never known any alternative but the post Cold War status quo-a whole new age of stupid was ready to descend.

2012 was indeed the decisive year. Obama won re-election easily against a cartoon parody of a vulture capitalist and then proceeded to continue down the path of tepid centrism not far removed from his opponent. That perpetual puppy dog Cory Booker defended Romney’s laughable non-career and began his own pivot towards the voice of American Thatcherism which he still does (to ever diminishing audience). Even more in line with the zeitgeist was the rise of the low-information voter appealing humanitarian hipster who was an easy mark for the Christian missionary front and unintentional Pentagon dupes of Kony 2012. It ended with the movement’s frontman, a kind of theater kid closet-case precursor to John Allen Chau, having a naked drunken meltdown in public while ranting about the devil. And possibly nothing was as emblematic of these times as Upworthy, the clickbait trollfarm of liberal virtue signaling that did so much to make the internet a cesspool of the rebirth of evangelism from the religious right to the social issues left. You’ll Never Believe What Happened Next, and Number 3 Will Shock You.

Before this period the internet was a refuge from aggressively complacent world views. It was a cynical, secular, and wonderfully unorthodox place. It was much meaner too, but in a direct and less psychologically manipulative way than the quest to mine a scarcity of virtue makes it today. Like a hippy boomer, it went from counterculture distraction to the mainstream in record time and with the most pearl clutching reactionary pathos possible.

While this new era of the Mayan Long Count may still be upon us for some time, I can think of no better time than the end of 2010’s cultural decade to reflect on who the spirit totem of this neoliberal sundowning era could be. And there is one obvious answer: Rachel Dolezal.

While Dolezal, famous for perhaps the most in depth attempt to LARP in blackface since Al Jolson (but with far more commitment to the bit as a serious exercise to be fair) is funny, she is also tragic. She was raised by seemingly abusive religious fundamentalist parents she broke with. She serves as a kind of microcosm of Late Capitalism and identity politics in one person. The utterly alienated and powerless, either too lazy or too ignorant to realize the true structural forces that make them miserable, latch onto increasingly niche social causes or communities they are not part of in order to have some power over their lives through the construction of a new identity. What interviews with Dolezal show is her levels of tragedy fueling her narcissism. The situation that caused her to seek a new identity is quite real, even if her response to these problems is mistaken.

This is so many people today, especially the terminally online. If a real commitment is not made to elevate the discourse towards materialism and away from postmodernism this is also our future. More and more powerless and perhaps originally sympathetic people just turning towards fantasy and identity. We see it in the Harry Potter obsessed liberals and the adults whose greatest travel dream is Disney World everyday. The problem with that is what little power you have becomes even more diminished when you start viewing public issues through the lens of inner reflection and personal labels. Only collective efforts can address the major issues of our times, and that requires relegating identity to a secondary status in service of the public good and causes that effect more, rather than less, people.

To end the Dark (or not-so-dark) Age of Dolezal we must usher in a new Golden Age of Civic Responsibility. To do that means not to give up personal issues but to wield them constructively in alliance with greater public causes outside of simply self-validation and attention seeking. It means calculating interest not based on personal fashion choices or cultural affinities but rather real calculable interests about how to distribute resources and who should have the power to do so.

3 thoughts on “And the Geotrickster Nominee for Person of the 2010s is…Rachel Dolezal!”