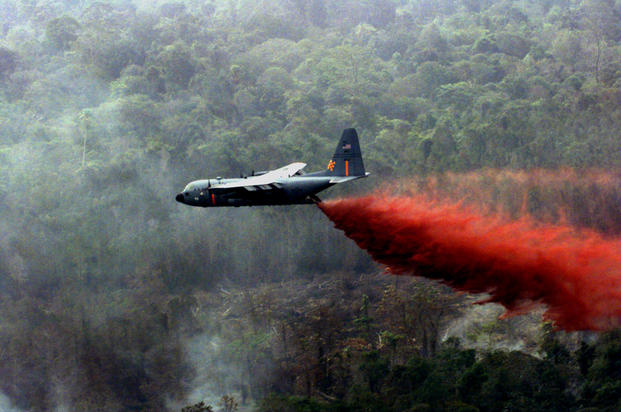 The DPRK-USA summit in Vietnam is about to start. Given the generations that have passed since a frozen armistice was put in place and the decidedly erratic character of the American president I will withhold from speculating on how effective such talks will be. I do support having them, however. Everyone should. There is not a person on this Earth that would benefit, long term, from renewed hostilities on the Korean peninsula. Even the usually gleeful for conflict types in policy and business would suffer when China, now a nuclear armed nation came to the DPRK’s defense. Though we do not presently look like we are are staring down the barrel of such a confrontation, leaving the festering sore of nonexistent relations between Pyongyang and much of the rest of the world is of little benefit to anyone.

My concern here is that Pyongyang has an astute eye on Venezuela, and rightfully so. Saddam Hussein had no up to date weapons of mass destruction but for domestic reasons could not come out and say it. His lack of them hardly prevented the war that came his way. Qaddafi then saw an opportunity for his nation to be lifted from U.S. sanctions and in return give Bush a (minor) victory by renouncing such weapons. This failed to save him from an attack launched by the Obama administration under heavy pressure from Britain and France. This taught the world, and especially Syria, that it wasn’t worth giving up your WMD’s. In fact, it might be just what you need to make more powerful foes think twice. Everyone knows Israel, which once was subjected to endless conventional attack, has not been so attacked since it (unofficially) became a nuclear power. Everyone knows that North Korea’s bargaining position has been stronger since it became one. The intercontinental ballistic missile is the ultimate sovereignty guarantor.

Meanwhile, while this noteworthy and laudable attempt to normalize relations with North Korea goes forward, the US is attempting at the very same time to topple the government of Venezuela. This is extremely counter productive and will put Pyongyang on edge. Considering that all factions in Venezuela are unpopular, and that so far most of the army seems to be sticking with Caracas, it flirts with the risk of conflict or disruption that could set off another wave of migrants and conflict. Even if it does not, outside of private corporate interests who seek the Venezuelan economy opened to them, the average American stands no chance at benefiting from any major US-backed operation there…but will no doubt pick up the tab for it as always. Indeed, Maduro’s popularity is extremely low but not lower than Macron’s (who arguably treats opposition protesters worse), and opposition to US military intervention in that country is significantly higher than even the percentage of the people who want Maduro gone. If they want him gone, they will do it their way.

So far of candidates running for high office, only Tulsi Gabbard has raised a voice of opposition to our destabilizing actions in Venezuela, particularly at this sensitive time. The odds are high that if reaching a deal is more difficult than expected this would be the reason why.

This is just one issue among many that one could point to in order to make the counter-point to a growing Beltway-Lanyard narrative about America’s supposed withdrawal from the world. Robert Kagan, a well respected prognosticator despite a very long record of supporting failed policies, uses the phrase ‘the jungle grows back.’ We often see this narrative used increasingly by democrats and ‘never Trump’ conservatives to critique Trump from the neoconservative right. They are setting up a false binary where we must choose between pure isolationism and endless brushfire-war militarism. This is obviously false because there is quite simply no way the worlds largest economy could return to anything resembling prewar ‘isolationism’, much less give up its numerous diplomatic ties.

There is this assumption that undoing World War Two, the crucible of American world domination, lurks as a potential in every part of the world. But the Second World War was not normal, it was bizarre. Most of human history does not have quite so large conflicts in all out total war for global hegemony where the triumph of one side was so clearly preferable than to the other. The circumstances that made the prewar era do not exist any longer. And most tellingly, it would hardly be the United States to which much of the world would look to for deliverance at this point in time. This is because rather than intelligently shoring up its position once its last remaining true rival, the Soviet Union, fell in 1991, the United States has gone on not to uphold the stability to the post Cold War world but to endlessly undermine it. In so doing it has not only undermined its own position through over-expansion, but also made itself the most feared and least trusted nation on planet Earth. Trump’s bumbling obviously doesn’t help, but this problem dates back on some level to the over-expansion of NATO in the Clinton administration and especially from the unhinged Bush Jr. presidency. If the rest of the world doing its thing is the jungle, then we are Agent Orange. And the overreach of so much of our consensus foreign policy has made a lot of those jungle dwellers nostalgic for the days without chemically induced mutation.

In my time at the State Department I often found that the foreign service officers who had served in countries that struck an independent course of self sufficiency were often the ones more content with their ‘hardship’ (not fully developed nation) postings. Prewar Syria and Belarus were commonly lauded places to be. There is, perhaps, a reason why foreign service officers are restricted to two years per post abroad. You don’t want them getting any funny ideas about countries pursuing independent paths of development.

This needs to be kept in mind when doing big diplomatic negotiations like the one currently in Vietnam. A country that we dumped endless amounts of chemicals on, then left, and allowed the jungle to grow back. Now Vietnam is doing better than ever before in modern history *and* has positively warm relations with the United States. Diplomacy, its cheap and effective and our war to preserve the artificial construction of South Vietnam was for nothing. But in addition to hard power backing up diplomacy it also needs the soft power of knowing you are reliable and trustworthy.

Many in North Korea may be looking at Venezuela and wondering how many concessions it is worth giving the United States. It didn’t have to be this way, and it sure doesn’t in the future. There is a professional and political class in desperate need of replacing.

3 thoughts on “Despite all the Agent Orange, the Jungle Grows Back”