Awareness movies. They used to plague movie trailer watching in theaters during the second term of the Bush administration like swarms of locusts. Hollywood wanted to prove to people that it too read The New Yorker, Slate, and The New Republic, and make a profit off of news network angst all while showing how informed it was. A string of mediocrities issued forth with massive budgets which were the total inverse of their eventual profit margins. After years of garnering glowing coverage on NPR and in the news magazine b-list article sections before hemorrhaging money, BloodDiamondSyrianaLionLambStopLossExtraordinaryRenditionConstantGardenerFifthEstate seemed to have finally died. The life support was disconnected when the brain-death at the core of this Awareness Movie trend could no longer be denied.

I added the quotes to the post title for emphasis, but as far as I now I am the first person to use this term. ‘Awareness Movie’. Oh, you haven’t heard of it? Well don’t worry, most people have no idea because no one actually watched any of these movies-except for Blood Diamond I guess. Because I have always been drawn to international affairs I have not been so fortunate. I have seen some of them, and I have seen all of their trailers while waiting for much better movies to start playing. I can tell you that ‘The Constant Gardener’ is one of the absolute worst movies I have ever seen in my life, and the Stop Loss is basically what happens when Lifetime goes above PG-13, but I am not going to go into summaries of each, but rather do something more efficient, give a summary of the entire non-genre. Or more accurately, its motivations. Why? Because this seemingly dead genre, much like Jason Vorhees, is back once again.

Well, maybe it got a bit of a gritty reboot this time. Except of course that it is effectively like watching a multiplayer Starcraft tournament in South Korea seeing as the audience knows that isn’t real drone footage they are looking at. A movie of a fake drone control room. Why, its almost as thrilling as Pentagon Janitor After Hours!

It may seem mean and unfair to say such things about a movie I haven’t even seen, which does in fact tackle serious issues or ethical and moral dilemmas such as drone strikes, but this is an Awareness Movie-and if you have seen one you have already seen them all.

The Awareness Movie wants to make an issue only news wonks and policy nerds talk about sexy for the masses. You know, to ‘raise awareness’ much like Kony 2012 purported to do. None of them have ever succeeded of course, but this is the intention. If they *do* succeed they get to be lauded for being oh-so important is the hope. There is already a problem with this premise however, even at this embryonic stage. No one who wants bad-ass action or sexy drama or anything people watch movies for is going to go for the second rate edutainment version when they could have the real deal. Why? Because nothing is so awkward as watching ‘The Atlantic’s Op-Eds as Directed by Michael Bay.’ Oblivious to this problem, however, producers march right ahead. Maybe they can make their own demographic after all. That’s what Tom Clancy did with literary neoconservative erotica, right?

Except that these movies inevitably are going for a liberal-centrist or left-liberal audience. So more drama and less explosions. Fine. Except for the problem that anyone smart enough to care about the topics of this movie is going to know this movie will be a simplified and ham-handed attempt to deal with issues they already know about.

So the Awareness Movie is unique because it appeals to exactly no one. It is too boring to be appealing for thrill seekers or film snobs, too unoriginal to appeal to people who want something different, and too stupid to appeal to anyone who cares about the topics it is ostensibly about-no matter how important those topics may actually be. Not all of the star power and contrived seriousness in the world can overcome such flaws. Just try and watch this trailer where things which should be interesting happen and try to feel excited. All the ingredients are there, action, intrigue, personal conflict….but it doesn’t matter. The whole damn thing is so contrived you can see through it just like overly CG’d special effects in lieu of real ones. Also notice that there are basically no comments on the thing starting from a year the trailer was released. Same here. Forgotten, irrelevant. These movies are now only good if someone decides to reboot Mystery Science Theater 3000 to give them the treatment.

There is a reason these things always bomb. And who knows, maybe ‘Good Kill’ will buck the trend, but do not hold your breath. The film the media commentators are all talking about now will probably be forgotten and smoldering as wreckage in just a few months if history is any guide.

‘But,’ you ask, ‘are you saying that IR-the very subject of this blog-is like Lovecraft and nigh unfilmable?’

Absolutely not! But it surely never will be filmable in watchable format as long as we allow this heinous reign of Awareness Movies to dominate its production!

But I can go beyond that. As someone who writes both fiction and non-fiction, and reads both as well, let me explain the importance of combing them in the right way. If you want to talk about something pertinent to the present, don’t simply talk about the present! The hypothetical future and the analogous past is a much more effective way to state a case without dramatizing the news into a redundant package no one likes. There are no genres better than science fiction and horror for exploring the dilemmas of our present world. Both directly and indirectly, this is how people with creativity (i.e. not the writers of Awareness Movies) tell stories which can be subversive or thought provoking. Just like in books, everyone knows ‘1984’ and ‘Brave New World’ but no one gives two craps about ‘The O’Reilly Factor For Kids despite being a much more era-topical publication while still being editorial.

The art of storytelling is to make something not only good on its own merits as a story but also to make sure it is unique enough to go beyond one simple flash in the pan era and touch others as well. And if it is *too* specific to the present it will seem redundant and pointless in that single era it can have relevance in.

So in the near future I will make an effort to see Mad Max: Fury Road, because it looks fun and who knows? It might be smart in an unexpected way. I will not, however, be making any effort to see ‘Good Kill.’

Well, maybe some time in the far future with a healthy dose of booze and two cobbled together space station robots for company. 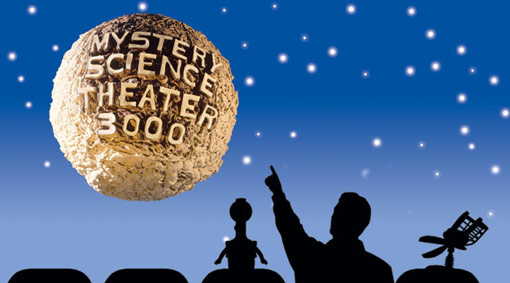